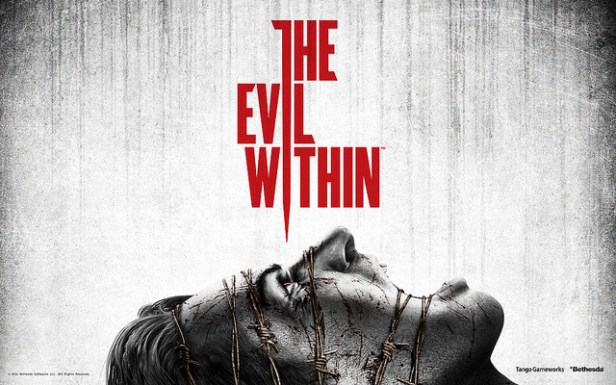 It is now abundantly clear that MAGA-ism involves simply bringing back all the most reprehensible aspects of the US past and trying to make them acceptable to talk about in polite company.  Although clearly we are also in the process of rewriting what polite company means.  So perhaps it was inevitable that this process of making America grate again would turn its beady-eyed stare upon the videogame industry.

You see, once upon a time, back in the good old days, everyone knew that videogames were responsible for all the evils of the world.  They didn’t need evidence.  They just knew it.  For starters, everyone knew that only kids played videogames.  And everything that kids do is suspect and dangerous.  Because it is not what we adults do.  And everyone knows that things that are different and not what we do are dangerous.  We don’t need evidence for that.  We just know it.

Games had violence in them.  Of course, so did lots of other things (football, hockey, even baseball on the odd occasion when the supply of chewing tobacco in the dugout ran out) but those things weren’t a problem because they weren’t played by kids.  Well, OK, they were, played by lots of kids, so. . .aha!  But games were technology!  New technology.  Technology we hadn’t grown up with.  That was why their violence was bad.  And so unlike football and hockey and baseball or even your average school playground where violence was taking place in the real world, violence taking place in the virtual world was inherently much more likely to make people violent in the real world.  Because we just knew it.

Therefore, back in the early 90s the makers of videogames were hauled before the US Senate in a pointless show of lawmaker showboating.  It was the Banghazi hearings of its day.  Like most Senate hearings it achieved nothing substantial.  However, what such hearings do achieve is to convince Joe and Jane Public that if a bunch of out-of-touch white dudes are pontificating about something then there really must be something there to pontificate about.

Therefore, every time there was a school shooting, and it turned out that the perpetrators had played videogames, it was clear that videogames had caused those kids to be violent and shoot up the school.  I mean, it was just obvious.  Of course it was also obvious that a lot of kids (and by that point it was becoming a lot of kids) were playing videogames, even mega-hyper-ultra-violent ones, and not running down to their local school with a semi-automatic.  But we didn’t talk about that kind of obvious.  Because that kind of obvious conflicted with the obvious that we knew to be true.  Violent videogames make you violent.  It was just common sense.

Unfortunately, people who make their living by not assuming that they already know stuff (i.e. academic researchers) began to look at this issue.  Annoyingly, they didn’t refer to it as a certainty but kept using words like hypothesis and correlation, words that the failing US education system has left most adults ill-equipped to Google (and the idea that the school system itself might bear some responsibility for kids going and shooting up schools, well, that was something we didn’t know. That wasn’t at all common sense).  Now, it is true, that academics can in the short term be as vulnerable as others to the Dreadful Certainty of Common Sense (DCCS).  So there were a few researchers in the early aughts (C. A. Anderson in particular, but also occasional collaborators Bushman and Dill) who made a cottage industry out of apparently “proving” that there was a link between videogames and aggression, cranking out paper after paper, slicing and dicing the data to make this claim work.

Over time, however, the scholarly world worked like it usually does.  DCCS research like that of Anderson gradually faded into the general background noise against a broader scientific consensus (another of those difficult words that adults apparently can’t Google).  This area of research, media effects, is notoriously difficult, and more responsible researchers acknowledged this.  Many pointed out that the kinds of effects that research like that provided by Anderson yielded tended to equate only to short-term “arousal” effects (no, not the kind of arousal that our President clearly has for Putin); in essence, short-term excitement produced by anything that gets your blood up and your adrenaline flowing.  Almost no one was able to find any kind of aggressive effect that outlasted a short-term period after playing a game.  (Were there a few studies that purported to show this?  Sure.  But see consensus).

Moreover, most researchers noted that the idea that games made people more violent didn’t pass the sniff test.  Videogame sales boomed.  Then they skyrocketed.  Most of the US population was playing some form of videogame.  Sales of violent videogames were booming and then some.  If the DCCS people were right, then this should have correlated with a massive increase in violent crime, a crime wave the likes of which we haven’t seen since Crocs became a thing that people used to assault other people’s fashion sensibilities.  But violent crime dropped steadily.  The vast majority of people playing mega-hyper-ultra violent games stubbornly insisted upon not going out and shooting up other people let alone entire schools.

The DCCS people, by and large, harrumphed and retreated to their porches where they could impotently rattle their walker frames at the kids of today (which, as the sales data also inconveniently made clear, had become the adults today, with the average age of a videogamer rising steadily until it now rests in the mid-30s).

The Return of the Good Old Days

But the election of Pennywise made a lot of things acceptable again.  For example, you no longer needed to be an expert in your job, especially if that job was in government.  In fact, you didn’t need to have any experience or even knowledge at all in the job you were hired to do.  Beyond that, however, DCCS was cool again.  You didn’t need evidence for anything.  You could just assert something was true, and it would be!  This proved to be extremely useful.  You could, for example, take an issue that was complex and declare that it wasn’t really all that complicated and in fact the answer was so simple that any idiot could come up with it.  Then you would have an idiot tell everyone what the answer was, and Bam! problem solved.  Or you could take an issue where it was pretty clear that specific factors were causing that problem, and you could just say that no, it was something else entirely, something that didn’t actually require you to do anything.  And it became true!  It was like magic!  (Of course, all the magic is taking place inside your own head, but that is the wonderful thing about inside head magic: the world looks just the same as if the magic were visible to everyone else).

One of the strangest aspects of the US cultural landscape is that while overall violent crime has trended downward in historical terms, the incidents of mass shootings have gone up.  We are being less violent toward one another overall, but when we are violent we are spectacularly violent.  There’s a psychopathology of conspiracy and paranoia woven deeply into the US cultural psyche.  There is a psychopathology of gun ownership as a mechanism for giving emotionally and mentally fragile men (mostly, but not a few women) the only illusion of control they perhaps possess in their lives.  But rather than deal with those complex issues, we can call upon the forces of DCCS thinking and blame something else.

So when faced with yet another school shooting, why not re-master the back catalog and make blaming videogames great again?

Which is exactly what our Dear Leader has done.

When something dreadful like a school shooting happens it is a certainty that in government the scum will rise to the top of the pool.  In the wake of the Parkland shooting bottom-feeding Republican lawmakers and a variety of Concerned Parent media organizations brought back the videogame Bogeyman.  As reported by the Post Pennywise hauled a bunch of videogame execs into his office and gave them a good talking to.  No doubt using lots of big words.  Because he has the biggest words.  Not sad small words like the words of the failing Washington Post.

The meeting also included some Congressional representatives and people from organizations that everyone who values freedom of speech or thought should have on their watchlist (e.g. the Parents Television Council and the Media Research Council, deliberately innocuous names that conceal an agenda of sustained censorship advocacy).

The Post’s account made it clear that the meeting was by and large civil:

Henson [program director for the Parents Television Council said she and her peers emphasized that a “steady diet of media violence is having a corrosive effect on our culture,” while video-game executives were “every bit as firm in their conviction there is no relation.”

What these conservative media want, however is very clear:

Bozell [president of the MRC] said he also communicated to Trump a need for “much tougher regulation” of the video-game industry, stressing that violent games “needed to be given the same kind of thought as tobacco and liquor.”

None of this surprised me.  What absolutely floored me, however, was this quote from Vicky Hartzler, a congressional representative (Republican, naturally, no Democrats were invited) from Missouri:

“Even though I know there are studies that have said there is no causal link, as a mom and a former high school teacher, it just intuitively seems that prolonged viewing of violent nature would desensitize a young person.”

That, right there, is everything you need to know not only about why this old canard of videogame desensitization won’t die, but about the kind of thought (and I use that word loosely) that flourishes in US culture at the moment, abetted by the current inhabitant of the White House and his equally anti-intellectual minions.

You know there are a lot of studies out there that prove one thing, but you just feel in your gut that it is something else, so your gut is right.  And of course, playing the Mom card is always a guaranteed winner in the US.  People are suckers for that here.  Unfortunately, however, the mere fact that you gave birth does not make you an expert on the universe.  The reason we have research is because intuition is not a guaranteed path to wisdom.  In fact, it is more usually a path to ignorance (as, again, research has shown, but if you already believe in intuition then you are simply going to claim that your intuition tells you that intuition is always right, so. . .).

This is not thinking.  It is anti-thinking.  It is, finally, based on fear of thinking.  Because having to think about stuff is damned inconvenient.  It might occasionally tell you that things are not what you thought they were.  That your intuition is sometimes (mostly, in fact ) wrong.  It might tell you that things are complicated.  That you have to actually do something about something.  Unfortunately, Representative Hartzler is typical of the person that the good people of the United States seem to love to send to Washington (think Oklahoma Senator Inhofe and his infamous snowball incident).  People who will Fight for You by employing DCCS to ensure that neither are you nor they are confronted by a reality that is anything other than you want it to be.

5 thoughts on “The Anti-Thinking of the Anti-Gamer”

My thanks to the following writers who contributed articles to the blog over the years: